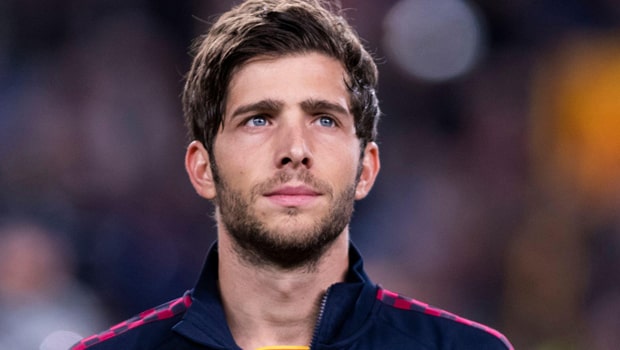 Spain midfielder Sergi Roberto is a subject of interest from German Bundesliga side Bayern Munich after they initiated negotiations with Barcelona.

The German Bundesliga side is interested in bringing the right-back into the Allianz Arena on loan.

Reports indicate that if the deal goes through and the right-back joins the Bavarians on loan, the loan deal would involve an option to buy.

Furthermore, Bayern is also considering Sergio Dest and Emerson, but a deal for either player seems very unlikely to happen.

While Bayern has Benjamin Pavard and Bouna Sarr in that position but both players failed to perform to expectation in underwhelming 2020/21 campaigns.

The Bundesliga champions do not trust youngsters Josip Stanisic and Chris Richards to play a role in that position in the first-team yet.

Bayern has already signed Dayot Upamecano from RB Leipzig but does not want to make more permanent signings in a bid to balance the books after the covid-19 effects on the club’s finances.

Meanwhile, Sergi Roberto has been an important part of the team since the 2015/2016 seasons, making 30 appearances at the least in all seasons except last season that was hampered by injuries.

While Barcelona failed to win the La Liga last season and also crashed out of the knockout stages of the UEFA Champions League they managed to win the Copa Del Rey title.

However, Bayern Munich won the Bundesliga but fell short of the UEFA Champions League and they will have a new manager for next season after Julian Nagelsmann took over from Hansi Flick.