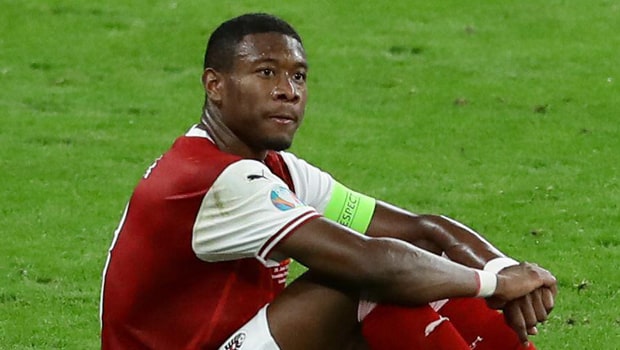 Sergio Ramos left Real Madrid and joined French side Paris Saint-Germain this summer after running out of contract with the club he was with for 16 years.

Similarly, David Alaba left Bayern Munich after running out of contract at the Allianz Arena moving to Real Madrid on a free transfer.

“We all know Ramos was here for a long time and wore this number, becoming the leader of this team, But the truth is that yesterday I spoke to the club and they told me that right now it’s the only available squad number. I didn’t want to start asking other players if they wanted to swap. I’m honored to wear the number four, it’s a source of great pride and motivation for me and I want to do it justice. But I’m not here to compare myself to other players or replace them, I’m here to be David Alaba.” Alaba said.

Alaba who came through the youth ranks at Bayern signed a five-year deal with Real Madrid this summer and he will work with Carlo Ancelotti who took over from former Real Madrid manager Zinedine Zidane who left his position after a trophyless season with the Los Blancos.

The versatile Alaba was unveiled on Wednesday at the Santiago Bernabeu and he revealed that he is eager to play alongside French defender Raphael Varane who has been linked with a move away from the Spanish capital.

Real Madrid are yet to make any further signings, however, they are linked to signing French forward Kylian Mbappe, and Villareal defender, Pau Torres.