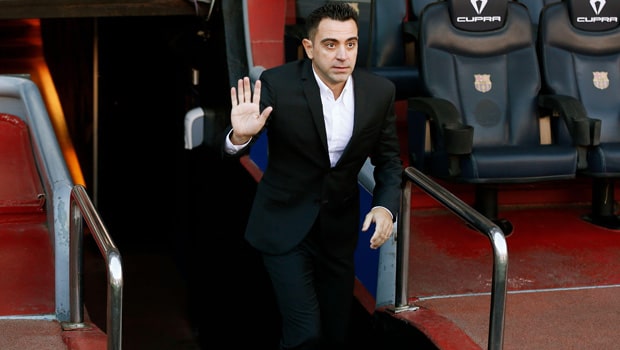 Newly-appointed Xavi Hernandez has revealed his excitement at returning to the Camp Nou as the manager of FC Barcelona.

Xavi was most recently the manager of Al Sadd in the Qatar Premier League but was unveiled as Barcelona manager on Monday after Dutch manager Ronald Koeman was relieved of his duty few weeks ago.

However, last weekend, Al Sadd revealed that they had agreed a deal with Barcelona regarding Xavi.

The 41 year-old enjoyed a successful career as a player at the Camp Nou and also enjoyed a trophy filled career with Al Sadd as their manager.

However, despite missing the opportunity of coaching former teammate Lionel Messi, Xavi has revealed his excitement and as becoming was our manager

“I am really excited, I am back at home. We are in a tough situation economically and not in our best sporting moment. But we are Barca and we are the best club in the world. I was really emotional to see all the fans today and we have to give them back good football, work seriously and with our values.” Xavi said.

Xavi’s job is well cut out for him as he would seek to turn the form of Barcelona in the La Liga this season as they sit in ninth position of the La Liga table.

Barcelona has 17 points from eleven games and Xavi’s first game as manager of the team will be at home to Espanyol.

Also, he will be charged with the responsibility of ensuring that Barcelona moves into the next round of the UEFA Champions League as the team sits in second position in the group behind Bayern Munich with six points and 2 points above Portuguese side Benfica who they face next in  their next game of the competition.