Stephen Curry scores 50-points, 10 assists for the first time in his career, goes past Wilt Chamberlain as oldest player to do so 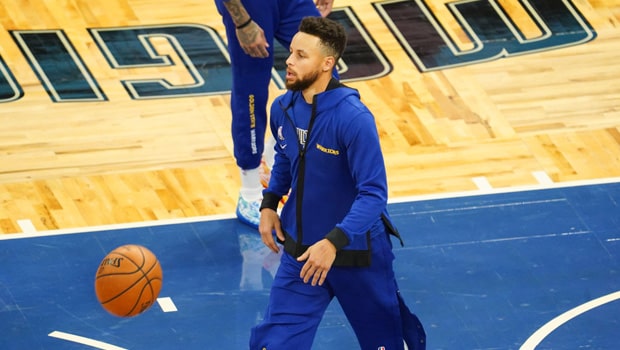 Golden State Warriors talisman Stephen Curry had a crazy night against Atalanta Hawks as he scored 50 points in the team’s win of 127-113 on Monday. Curry also dropped 10 assists and this has happened for the first time in his glorious career that he has scored 50 points and 10 assists in the same match.

Curry was at his absolute best as he scored 14/28 field goals and converted all of his 13 free throws. In fact, the linchpin also added seven rebounds, three steals, and a block to have a stellar night against the Hawks.

“That was just a stunning performance by Steph,” coach Steve Kerr said. “… He was amazing. I want to say I’ve never seen anything like it but I’ve been watching it for seven years, so I have seen something like it and still it’s just incredible to watch.”

Meanwhile, Curry is playing his 13th NBA season and has all the experience under his belt. However, he feels it is hard to tell when he is going to be a roll like he was on Monday night.

“It’s kind of hard to say because obviously you made the first two and they were both in rhythm, the way the ball comes off your hand feels good,” Curry said. “You kind of just stay in the moment and every possession it starts to kind of build on the previous one. Maybe going into the half, the shot that got us within four, the way the game had gone, you carry that momentum into the locker room, come out in the third quarter, that’s when you kind of start to wait for the avalanche to fall — and it did.”

Everything which Curry touched against the Hawks turned to gold and he would look to continue his sublime form. Warriors now have an impressive win-loss record of 9-1 and they will next face Minnesota Timberwolves on Wednesday.