Barcelona Through To Copa Del Rey Finals After Remarkable Comeback 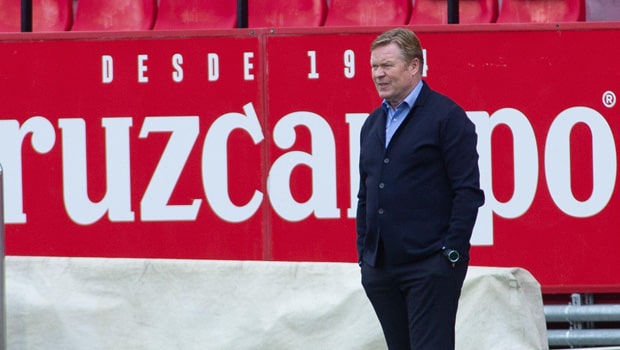 FC Barcelona are through to the finals of the 2021 Copa Del Rey after an enthralling 3-0 comeback over Sevilla.

Ronald Koeman named an unchanged line-up from the team that beat Sevilla in the La Liga last weekend. He also stuck with his three-man defense formation as he faced Julen Lopetegui’s men.

The match began frantically with both sides trying to get the first goal. Barcelona, however, proved to the superior side the opening minutes. French winger, Ousmane Dembele scored the goal in the 12th minute after his deflected strike beat Vaclik to give Barca the lead.

Barcelona still has a couple of chances in the first half with Dembele and Messi both going close to scoring. Nonetheless, the games finished 1-0 at halftime.

In the second half, the Catalans went into a full attack in search of a second goal, which would draw them level on aggregate with Sevilla. Barcelona centre-back Oscar Mingueza conceded a penalty after he appeared to have pushed Lucas Ocampos. The resulting penalty was saved by Marc Andre Ter Stegen.

The 92nd minute Sevilla defender Fernando was sent off after he picked up his second yellow for a foul on Trincao.

The decisive goal for Barcelona finally came in the last minute, when Antoine Griezmann’s cross met the head of Gerard Pique.

The game went into extra-time as both teams were level on goals in aggregate. Nevertheless, just five minutes into the additional extra time, Jordi Alba’s cross was nodded into the back of the net by Martin Braithwaite. Barca then has the lead and cruised on to a remarkable comeback.

This win was a morale booster for Ronald Koeman and his lads, as they have won two crucial games without conceding a goal. Barcelona now advances to the final of the Copa Del Rey, and await the winner between Levante and Athletic Bilbao.

The next game for Barcelona in the La Liga is a trip to Osasuna, while Sevilla go away to Elche.