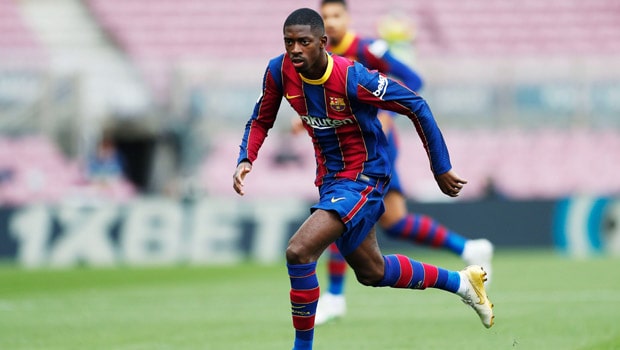 Negotiations between Barcelona and Dembele parties took place on Tuesday however little progress was made in the first meeting.

Dembele’s is contracted to Barcelona until 2022, but letting the player leave on a free transfer will be a big error with the financial issues faced by the club due to the Covid-19 pandemic.

The Blaugrana are discussing contract extensions which are believed may be extensive while there is also a plan to sell the player if no agreement is reached with his agents.

Despite being in no hurry to decide, one of the big key factors in the delay in discussions include the wish of Barcelona to reduce the forward’s salary.

However, Dembele is focused on the European Championships with the French National team especially with the nature of their group which has been termed the group of death in the competition.

Despite being in Group F with defending Champions Portugal, 2014 FIFA World Cup champions Germany as well as Hungary.

Dembele, who played a bit part in France’s 1-0 win over Germany in their opener on Tuesday at the Allianz Arena, played 30 matches for Barcelona in the La Liga scoring 6 goals.

Seria A side Juventus are reported to be observing the contractual situation of the player with the possibility of making a move ahead of the 2021/2022 season.

A deal worth €12 million-a-season for five years has been tendered to the player with the hopes of convincing him to move to the Turin-based club.