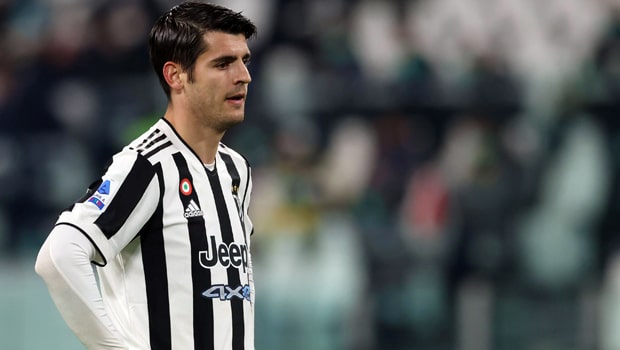 The Turin side are not ready to let the Atletico Madrid striker who is on loan with Seria A side leave for the La Liga, albeit they themselves are yet to decide whether they will take the option to sign the player on a permanent basis.

Barcelona have been in the market in search of a replacement for Sergio Aguero, who retired after a heart problem earlier this season.

Morata is one of the highly linked players, but with Max Allegri’s comments recently, Barcelona may well just focus on Erling Haaland, Pierre Emerick Aubameyang, or Anthony Martial.

“Morata doesn’t start. Last year he scored 21 goals and this year he scored seven without taking a penalty. Alvaro is an important player and I’m happy. I talked to him and I said you don’t go away so he stays with enthusiasm. He has to be calm and calm. I believe that 99% of the squad will remain like this.” said Max Allegri.

Meanwhile, Barcelona president Joan Laporta has expressed his deep interest in ensuring that Erling Haaland is signed for Barcelona.

Barcelona have been depending on bank loans in signing players recently, and Laporta is dedicated to ensuring that the glory days at the Camp Nou have returned.

The loan deal has helped Barcelona in signing Ferran Torres from Manchester City despite their current financial issues.

Barcelona are planning to build a new future with young players led by Ferran Torres, Pedri, and Ansu Fati.

Meanwhile, another youngster Ferran Jutgla scored the winner in Barcelona’s comeback victory against Linares in the Copa Del Rey on Wednesday evening. Ousmane Dembele was also on the scoresheet.