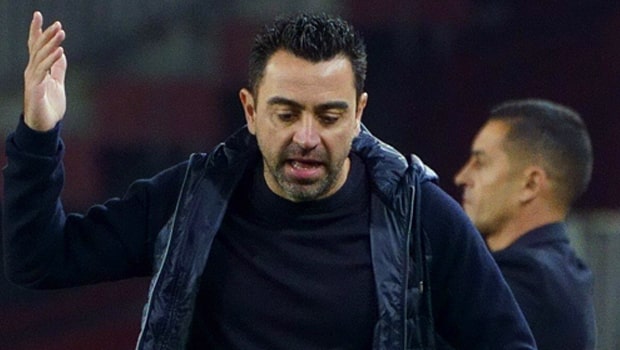 Xavi Hernandez will be hoping to stretch the return to winning ways for Barcelona, and they face Sevilla. They go into the match knowing a win could catapult them to the top four spots.

The Camp Nou side were winners in the last four games before the game at the weekend, where they struggled to beat Elche 3-2.

Despite the 3-2 victory courtesy of some of Barcelona’s youth team players on Sunday, Xavi knows beating Sevilla is quite tough, especially when the Sevilla team recently beat Atletico Madrid at the weekend.

Barcelona are in 8th position with 27 points from 17 games with a game in hand. A win tomorrow could see them go as far as the fourth position where Rayo Vallecano currently occupies.

Xavi explained in the pre-match conference that the game against Sevilla will be difficult.

“We know it will be difficult against Sevilla because they are in a good moment, they have a very good team, they have a very important coach and it will be very difficult for us. But we are very excited, enthusiastic to get the three points so we can go into the Christmas break, rest and come back stronger in January.” Xavi said

A win for Sevilla against Barcelona will take them to within just three points of table-toppers Real Madrid.

The Los Blancos dropped a point at the weekend against Cadiz when they played out a 0-0 draw.

Real Madrid has 43 points at the top of the table, while Sevilla has 37 points in second place.

Meanwhile, Deportivo Alaves will travel to face Villarreal, who got a resounding 3-1 victory against Real Sociedad at the weekend.

Despite the win, Villarreal still sits just outside the top 10 with 22 points from 17 games as the Yellow Submarines are in the eleventh position.

Alaves are in 18th position with 15 points from 17 matches played so far this season.