Barca wait for Lionel Messi ahead of El Clasico 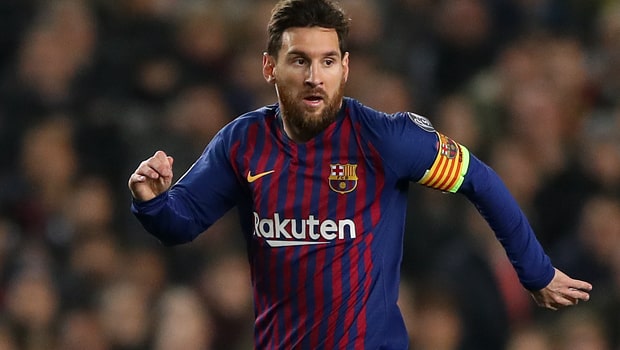 Barcelona will wait as long as they can before deciding if Lionel Messi is fit enough to face Real Madrid in Wednesday’s Copa del Rey semi-final, first leg at the Nou Camp.

The Argentine returned to training on Tuesday after suffering a thigh injury in Saturday’s 2-2 draw with Valencia and has been included in the squad for the game against bitter rivals Real.

The Catalan showdown will be the first of three El Clasico tussles in 25 days, with the second leg on February 27 in Madrid and a La Liga encounter on Saturday March 2 to follow at the Bernabeu.

Barca boss Ernesto Valverde says Messi will be given as long as possible to show he is fit, as any other player in the squad would be.

“It is true that sometimes we have had doubts with players and we have waited until the last moment,” said Valverde. “It’s the same with Messi.”

Ousmane Dembele is likely to miss out for Barcelona, while Real Madrid have a full complement to choose from.

Messi is the all-time leading scorer in El Clasico with 25 goals. A broken arm ensured he missed out back on October as Luis Suarez’s hat-trick saw Barca cruise to a 5-1 win in La Liga against their bitter foes.

Real Madrid boss Santiago Solari says he hopes Messi is fit to face his resurgent team in the first leg. After a poor start to the campaign, Real are now third in the table – eight points behind Barcelona – having won their past four league games.

“It’s always good when the best players get to play every game, but whether or not he plays will not influence the way we prepare for the game at all,” said Solari.