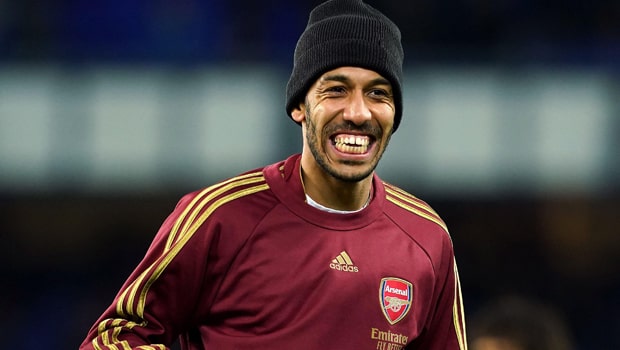 Pierre-Emerick Aubameyang will compete with Barcelona for the rest of the season after passing his medical at Barcelona. The Gabonese forward fell out of favour at the Emirates stadium after breaching the disciplinary code in December and has not played since then.

The forward joined Borussia Dortmund in a £56m deal in 2018 scoring 92 goals in 163 games at the Emirates stadium. However, Aubameyang had a torrid festive period after traveling and contracting Covid-19 before joining the Gabonese national team for the Africa Cup of Nations.

This meant that he couldn’t play a single game at the tournament in Cameroon after Doctors detected that he had heart lesions. Gabon were subsequently knocked out of the competition in the Round of 16 by Burkina Faso. Aubameyang was cleared off the heart lesions and he returned to Arsenal without kicking a ball.

Meanwhile, he was linked to a move to Saudi Arabian side Al-Nassr. However, the forward travelled to Spain on deadline day in anticipation of a move to the side, albeit the move looked off at some point with the two clubs unable to meet a middle ground on who will pay his salary.

However, Barcelona agreed to go ahead with the deal a few hours before the end of the transfer window. His departure means that Arsenal will be left with French forward Alexandre Lacazette and Eddie Nketiah as strikers for the remainder of the season.

Aubameyang has only played 15 times this season for Arsenal with seven goals scored. Barcelona couldn’t meet up with the required wage to sign Aubameyang having just 2m euros (£1.6m) in wages to pay, but Aubameyang settled for any amount to feature for the Blaugrana.

Meanwhile, Barcelona have been hit by a dearth of options in the frontline after Sergio Aguero’s retirement and the injuries to Ansu Fati and Ousmane Dembele, while Martin Braithwaite and Memphis Depay have been less than convincing.