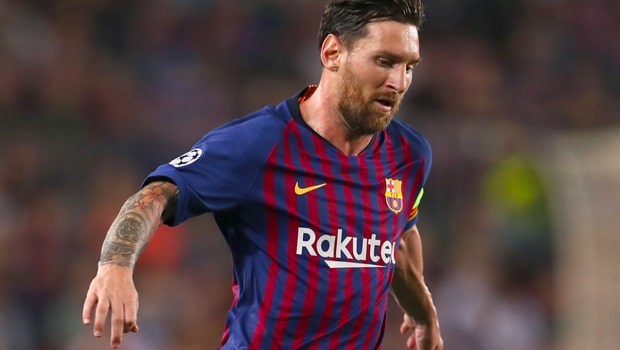 Lionel Messi admits Barcelona have been left angry by their recent form and he has called for an immediate improvement from his side.

The Argentina international was surprisingly left out of Ernesto Valverde’s starting line-up for Saturday’s 1-1 home draw against Athletic Bilbao, although he was introduced on 55 minutes and went on to hit the woodwork before setting up Munir El Haddadi’s 84th-minute equaliser.

Barca remain top of the La Liga standings, but only on goal difference, and they have now gone three matches without a win, as Saturday’s stalemate came on the back of their midweek defeat to Leganes and last weekend’s home draw with Girona.

Messi insists it is too early for Barca to be getting too worried by recent results, but he admits the squad have been angered by the performances they have produced of late.

“We are not anxious because the season is long and has only just started, but we are angry about the last results,” said Messi. “We didn’t expect them.”

One of Barca’s major concerns over the start of the season has been their defence, as they have conceded eight goals in their seven La Liga matches to date this term.

Messi knows they will have to tighten up at the back if they are to mount a serious challenge for the title this term, as he feels their league success last year was built on defensive solidity.

“We are aware that we have to be much stronger defensively,” the 31-year-old added.

“Last year we hardly conceded goals but now teams are scoring against us with their first attempt. We cannot afford to concede goals in every game.”

Next up for Barcelona is a trip to Wembley to take on Tottenham in the Champions League on Wednesday and they are priced at 2.05 to win that match, while Spurs are available at 3.40 and the draw is on offer at 3.75.