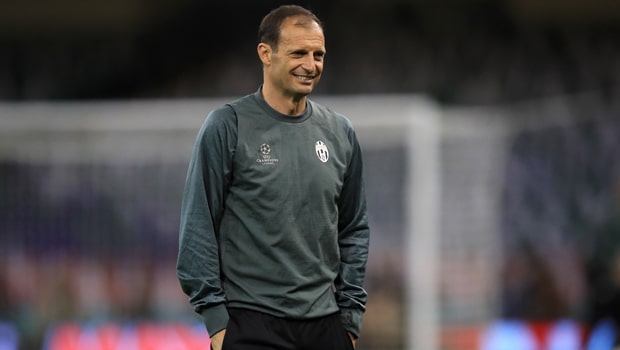 Massimiliano Allegri feels Cristiano Ronaldo produced his ‘best’ performance in a Juventus shirt during Saturday’s 3-1 victory over Napoli at the Allianz Stadium.

The Portugal international failed to find the back of the net during the top-of-the-table contest, but he had a hand in all three of the Old Lady’s goals.

The 33-year-old produced a stunning cross for Mario Mandzukic to head home an equaliser after Napoli had initially taken the lead through Dries Mertens.

Ronaldo then struck the post with a shot, but Mandzukic was on hand to convert the rebound before the former Real Madrid star headed into the patch of Leonardo Bonucci, who put some gloss on the final scoreline.

The result has seen Juve move six points clear at the top of the Serie A standings, but Allegri reserved the majority of his post-match praise for Ronaldo, as he felt it was the forward’s best performance for the club even though he failed to find the back of the net.

“Ronaldo is enjoying his football, he has integrated very well and he loves an assist as well as a goal,” Allegri told Sky Sport Italia.

“He had some exceptional passes tonight and it’s all about finding him in the right way.

“I thought tonight and the first half-hour against Valencia represented his best performances of the season so far.”

Ronaldo, who has scored three goals in eight appearances since arriving in Turin during the summer, will sit out Juventus’ next match against Young Boys in the Champions League on Tuesday due to suspension.