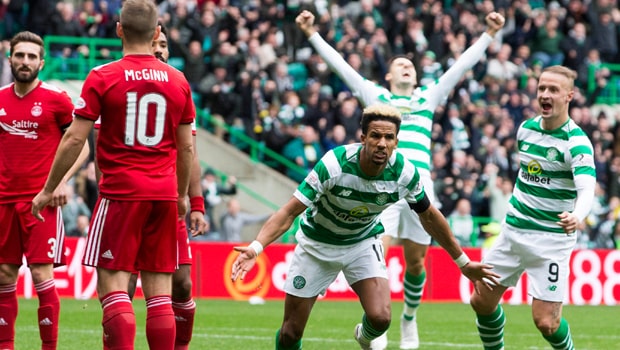 Scott Sinclair has revealed his relief after he claimed the only goal of the game to help Celtic to a 1-0 victory over Aberdeen in the Scottish Premiership on Saturday.

The Englishman has been in and out of Brendan Rodgers’ side this season and he once again was on the bench for Saturday’s match at Parkhead.

However, an injury to Odsonne Edouard on the stroke of half-time gave the 29-year-old an opportunity to enter the fray and he took advantage of his chance by scoring the only goal of the game on 63 minutes when he neatly back-heeled the ball into the net.

Sinclair came into the match having only scored twice in his last 31 Celtic appearances and he admits he was relieved to net in such an important game.

“It was a big relief for me personally and the team,” Sinclair told the Celtic website.

“The pressure’s building and it’s great to get the three points and back to winning ways.”

Sinclair admits he has had to accept some criticism of his own recent form, but he is hoping both he and the club can now kick on following their victory over last season’s Premiership runners-up.

“When you’re not winning or scoring every game you’re going to get criticism because the past couple years that’s what I’ve been doing.

“It hasn’t been the best start personally, and for the team, but we have the character and belief in ourselves to push through and get through it.”

Celtic have won the Scottish Premiership in each of the last seven years and they are priced at 1.25 to replicate that feat this term.