No Barca regrets for Antoine Griezmann 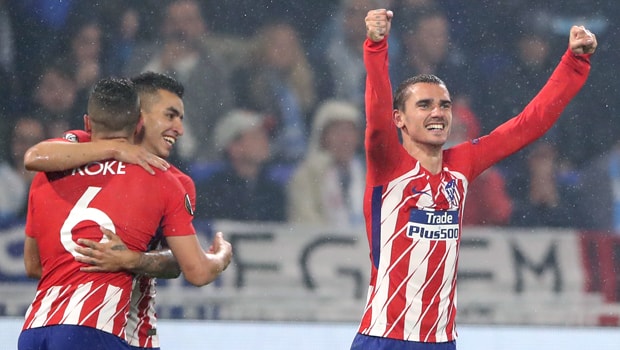 Antoine Griezmann says he is “proud” to have snubbed the chance to join Barcelona in order to remain with Atletico Madrid.

The forward landed the Europa League title with Atleti last season before going on to help France secure the World Cup in Russia.

Griezmann was rated as Barcelona’s top summer transfer target but announced before the World Cup he would be sticking with Los Colchoneros, and the 27-year-old is happy to have committed himself to Atleti.

The Frenchman, who could be in line to land the Ballon d’Or award after his exploits for France, is already thinking ahead to next month’s European Super Cup although for now he says he is just enjoying his World Cup success.

“Turning down Barcelona? It was my decision and I am proud of it, now I am excited about the year ahead with Atletico,” Griezmann told reporters, according to Diario AS.

“It is not long until I compete for the European Super Cup and we obviously will want to win that, too.

“I just want to savour this [World Cup] victory with France and the French people, then to enjoy my holiday and be able to relax.

“I am really happy and for all my team-mates, too, it was a wonderful experience. The Ballon d’Or I cannot think about as people will vote on it, we will see.”

Atletico Madrid are 15.00 to win La Liga outright next season and also 15.00 to secure the Champions League title.