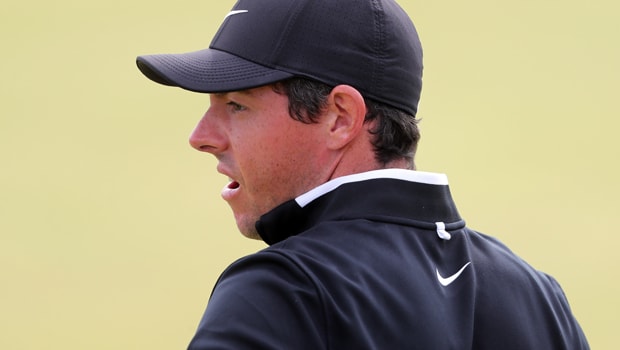 Rory McIlroy says he has lost none of his desire and hopes to end his four-year run without a major at the Open Championship.

McIlroy is 17.00 to win the Open Championship outright, while current champion Jordan Spieth is 19.00 and Bubba Watson can be backed at 51.00.

The Northern Irishman is a four-time major winner but has not managed to pick up one of golf’s top prizes since 2014.

McIlroy insists he is not panicking and says he has drawn inspiration from tennis star Novak Djokovic going into the Open at Carnoustie, after the Serb ended a two-year stint without a Grand Slam win at Wimbledon earlier this month.

“The Open – it’s massive,” he said. “It’s a huge championship and I am very honoured to have won it and I’d love to win it again.

“Even looking at someone like Novak Djokovic winning Wimbledon the other day, he hadn’t won that in a while.

“If you are – I don’t want to say used to winning them – but you have tasted that, you want more of it.

“So four years is nothing in a career of golf but at the same time, at the rate I was winning them [majors], it feels like a long time.”

McIlroy won the Open Championship in 2014 and finished in a tie for fourth last year.

The 29-year-old finished in a tie for fifth at the Masters but then missed the cut at the US Open in the two majors of 2018 so far.