Morata set to reunite with Juventus on an initial loan deal

Posted by OLADIPUPO MOJEED on September 22, 2020 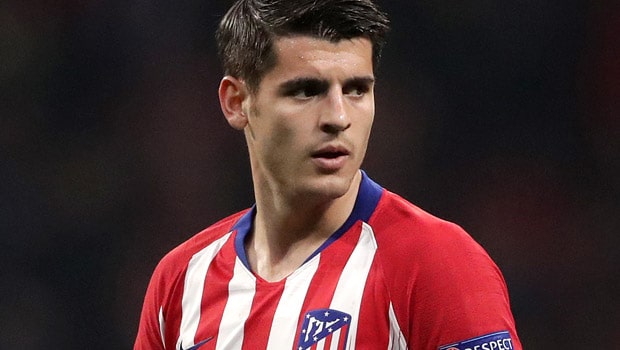 Spain striker, Alvaro Morata is set to complete a return to Juventus from Athletico Madrid.

The former Chelsea striker arrived Turin last night, and he is expected to undergo his Juventus medical today.

According to the details of the deal with Atletico Madrid, Juventus will initially pay €10m as loan fee with option to buy at the end of the season for €45m.

Multiple Italian sources said Morata is headed out late yesternight from Madrid, after pulling out of his final training session on Monday. He is therefore set to have his medical tests at the Juventus complex and sign the contract.

Meanwhile, it was also gathered that there is another clause in the contract that allows the Bianconeri to extend the loan for another season for the same €10m. If this will be the case, then the option to buy him in June 2022 would be for €35m.

It could be recalled that Morata had a two-year loan stint at Juventus from 2014-16. The Spaniard scored 27 goals and provided 18 assists in 93 games.

Juve paid €20m to Real Madrid for the loan fee, and the Galacticos later activated their buy-back option for €30m in the summer of 2016.

With Kareem Benzema favoured over him, the 27-year-old then joined Chelsea for €66m, before later moving to rival club, Atletico Madrid for €62m.

Atleti sanctioned the deal because they already have an agreement with Luis Suarez. The Uruguayan is a free agent after terminating his contract with Barcelona.

Meanwhile, Juve might end up paying Alvaro a total of €54m for the striker. With the deal reportedly done, only for medicals and signing of the contract to be concluded, Morata who turns 28 next month will not be a new face to the team he once led their attack.

It will be like a sort of homecoming for the Spaniard because his wife is from the city.

Juve had planned to sign Edin Dzeko from AS Roma. The Bosnian had been the original first choice, but the Rome club refused to release him as they have been unable to sign Arkadiusz Milik.

The Polish stalled the deal because he was discussing details of his termination with Napoli, and both parties are yet to conclude.