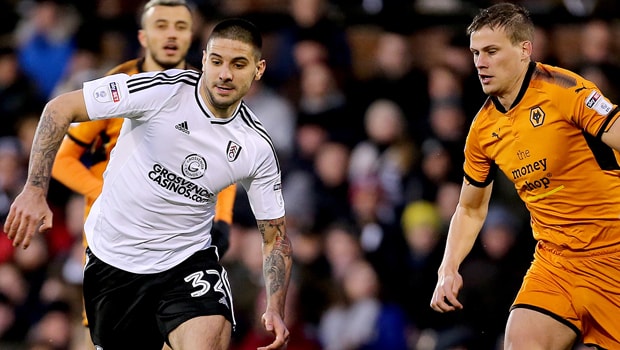 Fulham have reportedly made huge progress over a deal for Newcastle United’s Aleksandar Mitrovic and a deal is expected to be completed when the striker returns from holiday.

Mitrovic joined the Cottagers on loan for the second half of last season and he helped fire the club to the Premier League after beating Aston Villa in the play-off final.

The Serbia international, who played at the 2018 World Cup in Russia, scored 12 goals from 20 league appearances and Fulham boss Slavisa Jokanovic has been desperately trying to sort out a permanent deal.

A transfer fee was said to be the stumbling block, with Newcastle wanting £20million, but it is claimed the Magpies, who finished 10th last season, have agreed to sell for around £18m.

Reports are now suggesting a deal will be completed when Mitrovic returns from his holiday in a week’s time after he was given an extended break following his World Cup exploits.

Fulham have added two new faces to their squad so far this summer, with midfielder Jean Michael Seri and centre-back Maxime Le Marchand both joining from Ligue 1 outfit Nice.

Mitrovic’s expected move to Fulham is likely to spark Salomon Rondon’s exit from West Brom, with Newcastle ready to use the majority of the Serbian’s transfer fee to land the Venezuelan.

Fulham kick off their season with a home clash against Crystal Palace on August 11 and the hosts are 2.30 favourites to pick up the win, a draw is priced at 3.40 whilst the Eagles are a 3.00 chance.

The Cottagers are 2.63 to be relegated to the Championship whilst Cardiff City, another newly-promoted club, are 1.70 favourites to suffer the drop.