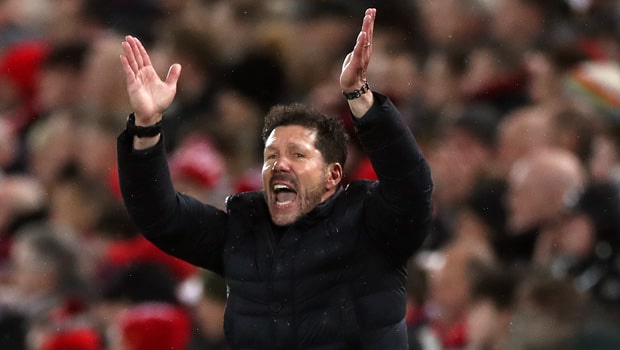 Atletico Madrid have it all to do when they face Chelsea in the second leg of their round of 16 Champions League tie at the Stamford Bridge in London on March 17th.

However, the Diego Simeone-led side were hoping to change their fortunes against Chelsea on Tuesday in the UEFA Champions League Round of 16 first leg encounter.

The game started with Chelsea, the team regarded as underdogs, taking charge in the early parts of the game, albeit the first half ended goalless.

In the second half, French striker Olivier Giroud scored a spectacular goal in the 68th minute with an overhead kick to hand Chelsea a 1-0 victory at the Arena Nationala in Bucharest, Romania.

The first leg encounter was initially scheduled for the Wanda Metropolitano stadium in Madrid, Spain, but covid-19 protocols made the game to be shifted to Bucharest.

Chelsea has been in great form since Thomas Tuchel in January, winning five and drawing two matches.

However, Diego Simeone’s men have not been bad either, but the team has lost steam in their oat two games drawing 1-1 and losing 2-0 to the same team, Levante, within just three days.

The win means that Chelsea are still unbeaten under German manager Thomas Tuchel while Atletico Madrid would have to end a three-game winless run.

The La Liga leaders will have to start from their next game at the weekend against a strong Villarreal side in the La Liga, and after that, they will face Real Madrid in the Madrid derby.

They would also host Athletico Bilbao and Getafe before travelling to England to face Chelsea in the second leg on March 17th.