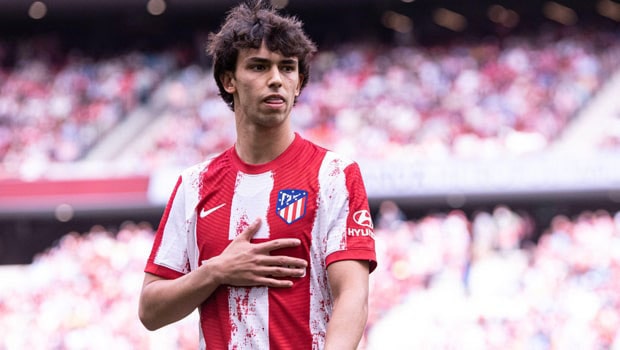 Atlético has rejected a juicy offer of 130 million for club star João Félix.

The rojiblanco club did not even bother to consider it and gave Manchester United a blunt no.

Atletico’s goal is to keep their main stars in their squad; no matter how much money is put on the table, they will not change their minds.

Manchester United is willing to bid seriously for the Portuguese striker, but Atlético told the leaders of Old Trafford that João Félix is ​​not for sale.

For Simeone and the Atlético board, João Félix is ​​the team’s most important player and on whom to build a winning project in the short and long term.

Atlético has told the Red Devils that if they really want the player, they can activate their recession clause, which is valued at 350 million.

In an interview with AS, the player expressed his commitment to the club. “Let’s see. The other years I always tried to be better. If this is my year, I don’t know. It depends; we don’t know about the future. But what I can assure you is that I am doing my best to be at the best level to be able to help the team and the club.

“As you said, I arrived young; I’m still young, but I’ve already grown a lot, and I’m sure I’ll grow more. And I’m fine. I’m happy. I have a calm head, and when it’s like that, things come naturally, and we hope things are good.” stuff.” the player said.