Posted by Akinnifesi Olumide on January 14, 2022 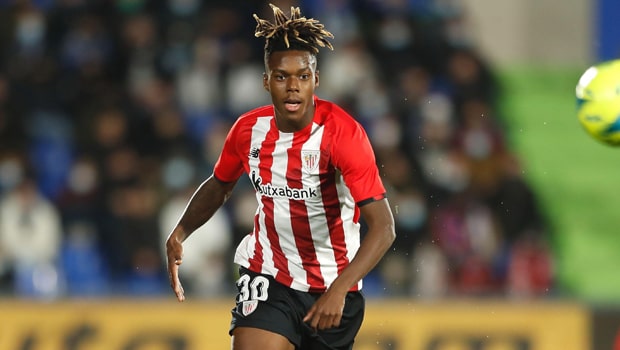 The city of Riyadh on Thursday night witnessed a pulsating encounter of Football as the second  Semi-Final game of the Spanish Super Cup went underway.

Athletic Bilbao secured the ticket to the final as they came from a goal down tо dеfеаt La Lіgа сhаmріоnѕ Atlеtісо Mаdrіd 2-1n to make it a date in the Spanish Super Cup fіnаl against Rеаl Mаdrіd.

The 2021 Super Cup champions, found themselves behind in the 62nd minute when a header frоm Jоао Fеlіx hit the woodwork before ricocheting іntо thе goal vіа thе bасk of kеереr Unаі Sіmоn.

Asked after the match how he felt scoring the winner, the teenager revealed how emotional he was to send his side through.

“ I’m very happy for this opportunity given to me by the coach and staff, and I’m proud to score not just a goal but a very important one for myself and the  team also.”

19-year old Nico Williams, who is a younger brother to Inaki Williams impressed when he came on in the second half; The young midfielder had a couple of shots with three key passes with fifty percent pass success.

On the other hand, Atletico Madrid will be disappointed not to go through to face their rivals Real Madrid as Diego Simeone’s men allowed Athletic Bilbao to claw back into the game.