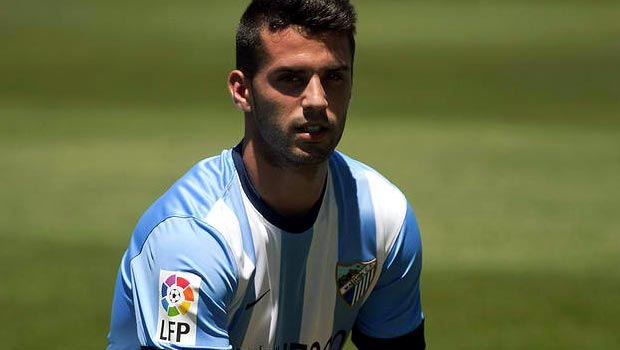 Malaga defender Flavio Ferreira believes victory over mid-table Celta Vigo on Friday night would give his relegation-threatened side some much-needed momentum heading into a vital period of La Liga season.

Malaga, who are 14th, are only three points above the drop zone with games against fellow strugglers Real Betis and Granada to come in the next fortnight.

And having gone close to upsetting leaders Real Madrid in their last outing, before going down to a 1-0 defeat, Ferreira understands the importance of picking up three points against the side four places above them in the table.

“There’s not a lot of difference at the moment between Celta and Malaga so we’re determined to bring the points home,” he said.

“It’s not like a final for us, but it is a very important match in which we’ll do our best to clinch three points.

“There will always be room for improvement and we’ve got three crucial games coming up against direct rivals.”

The Andalusian outfit will have to make do without Argentinian midfielder Fernando Tissone who suffered a serious knee injury in training and is now due a lengthy spell on the sidelines.

Celta head into the game on a high after ending a three-game winless run with a 1-0 victory at Levante last week.

And back in October super Celta handed out a frightful 5-0 hammering to Malaga, with Álex López’s fifth-minute goal setting the tone for a thoroughly one-sided match.

In the 23rd minute, Augusto Fernández smashed the ball into the back of the net to hand the Galactians their second goal, with three more following after the break

Lopez grabbed his second before Nolito and Charles also got their names on the scoresheet to complete the rout.

Celta are 1.89 to score over 2.5 goals, while Malaga are 4.32 to spring an upset in the outright match betting.