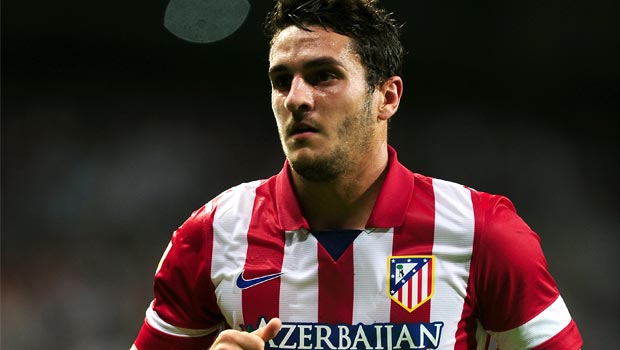 Atletico Madrid are set to host Barcelona in a crucial top of the table La Liga clash, but midfielder Koke insists the tie will not decide who lands the Spanish title.

The two sides are locked on 49 points at the top of the table, with Barcelona ahead by virtue of a superior goal difference.

Spain international Koke, who grabbed the only goal of the game in Atletico’s win over Malaga last weekend, insists his side will be going for the win at the Vicente Calderon on Saturday but says there will be plenty of work left to do for his side even if Los Colchoneros manage to pick up all three points.

“Whoever is top halfway through the season is incidental if you don’t fulfil your objectives come the end of the season. The second half of the season is going to be a long one. If we win on Saturday and then implode, it will mean nothing,” Koke told reporters.

“I think we are very well prepared for the game. Of course, we’ve played some tough games recently, such as the one with Malaga, as well as Valencia, but they [Barca] have also had to play during the week.

“Up to now we still haven’t decided how we are going to approach the game because we’ve just had one recovery session [after the Copa del Rey match with Valencia on Tuesday].

“We played well in both Supercopa matches. To play well against Barcelona you have to work very hard, close them down, be tight at the back and be strong on the counter-attack.

“We have to try as hard as possible to take the ball off them. But we all know that it’s difficult to do that against them.”

Barcelona talisman Lionel Messi made a comeback from injury in his side’s Copa del Rey win over Getafe on Wednesday and managed a brace despite only appearing as a second-half substitute.

It remains unclear as to whether Messi will be involved in Madrid on Saturday after a spell on the sidelines but Koke believes Los Rojiblancos cannot afford to focus solely on keeping the Argentine forward quiet as Barcelona have a number of stars.

He added: “I don’t know if Messi will play or not.