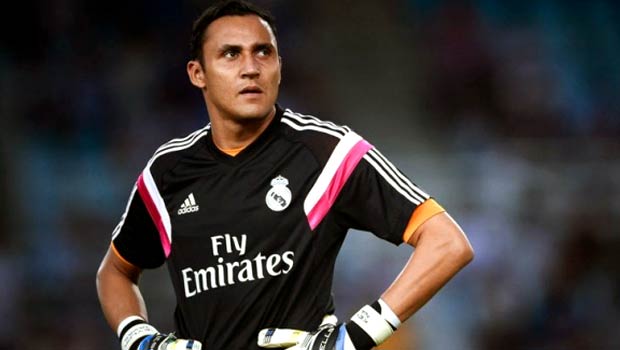 Keylor Navas’ father has played down speculation he could leave Real Madrid at the end of the season, insisting his son is happy at the club.

The Costa Rican goalkeeper arrived at the Bernabeu in the summer following an impressive spell with Levante but, despite the inconsistent form of Iker Casillas, has managed just six appearances to date.

Certain pundits have pointed out that Casillas’ status amongst the club’s hierarchy is what is keeping him in the side at the moment, to the detriment to both Navas and the team following some high-profile blunders.

Recent rumours have also suggested that Los Blancos, who are 3.70 to retain their Champions League title, are also keen on trying to sign Manchester United stopper David de Gea and the arrival of another Spaniard would only lead to the 28-year-old falling further down the pecking order.

Various reports have suggested this could tempt Navas to seek pastures new, especially with both Liverpool and Arsenal believed to be keen on his services,

However, his father Freddy has now ruled out such a deal, saying the stopper is happy in the Spanish capital and is ready to fight for his place.

“Everything that is being said is a complete lie,” he told Costa Rican newspaper Nacion, according to the Press Association. “Keylor told me that he is not leaving Real Madrid.

“He is very happy there. Keylor knows he has to fight to earn a starting place. It’s a process that he is accepting very well. He is a fighter who wants to work and succeed at the club.”