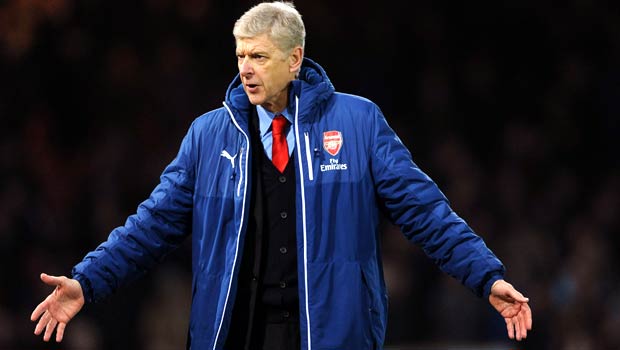 Arsenal are waiting for news on the fitness of Alexis Sanchez and Aaron Ramsey after the pair limped off in Tuesday’s unconvincing 2-1 win over Leicester.

After a slow start, goals from Laurent Koscielny and Theo Walcott seemed to put the Gunners, who are 21.00 to win the Champions League, on the path to a comfortable victory, but they struggled to build any rhythm in the second half.

However, despite Andrej Kramaric finding the net with half an hour left, the Foxes could not capitalise to take anything from the encounter.

The win saw Arsene Wenger’s men, who are the 3.35 favourites to win the FA Cup, move into the top four of the table but they now face an anxious wait for news on two of their star men.

Striker Sanchez picked up a knee problem in a clash with Matthew Upson before being taken off on 68 minutes while, after coming off the bench in the final quarter of the game, midfielder Ramsey appeared to succumb to a recurrence of the hamstring injury he has suffered with in recent weeks.

Wenger admits he is worried about the pair and will send them both for treatment on Wednesday to get a better idea of the extent of their issues.

“Sanchez got a knock on his knee,” the Frenchman said. “From the moment he got this knock, he was never really comfortable. I don’t know for how long he will be out and whether he will be out or not. I haven’t seen the doctor.”

Speaking about Ramsey, he added: “It looks like it is (a recurrence of a hamstring injury). I don’t know how bad it is yet.

“Just visually, it didn’t look good – when a guy stops straight away and sits down, that’s not good news.”