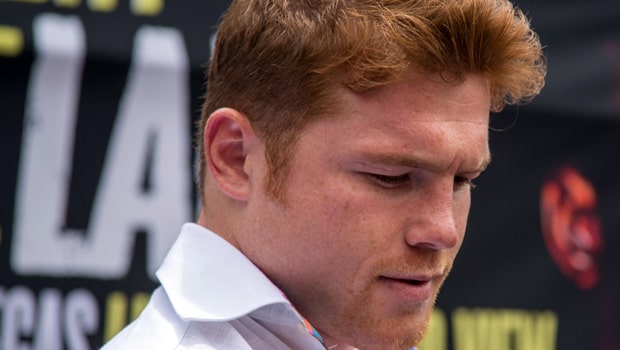 The World Cup arouses great passion throughout the world and especially among those fans of betting who usually take advantage of the event to bet big.

Proving that the World Cup fever affects everyone is the great bet placed by the famous Mexican boxer Saúl Canelo Alvarez.

Canelo confessed: “Maybe I’m going to sound crazy, but I bet that (Mexico) will be in the final,” were the words of the world champion during the presentation of the tequila that he has launched on the market.

The amount that the boxer has bet is unknown, but close sources reveal that it is not a low amount and that the athlete has great confidence that his compatriots will fight.

Canelo added that he still does not know if he will travel to Qatar to support the Mexican team since he is resting after surgery on his left wrist that ended up being injured after the trilogy with Gennady Golovkin.

“They invited me, and I’m evaluating the issue because of my hand and my therapy,” he said.

Canelo also took the opportunity to announce that he plans to return to the ring in May 2023, although for the moment, the rematch with Dmitry Bivol seems distant.

Mexico is not exactly one of the favorite teams to reach the final of the world cup. Bookmakers place it with odds of +15,000. Therefore, if the miracle occurred, Canelo would pocket a juicy prize.

In their last preparation game for the 2022 World Cup in Qatar, the Mexican team lost 1-2 to Sweden.

The Mexican team showed a good level during the first 45 minutes, but the lack of forcefulness led them to lose. However, the good news is that Raúl Jiménez, one of his main references, reappeared after 77 days off the pitch.