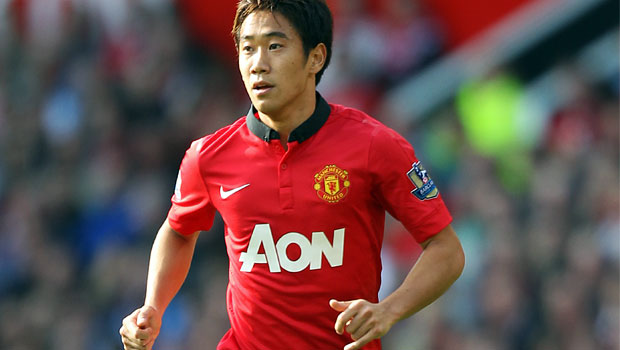 Shinji Kagawa vowed to “improve himself” after admitting he is undergoing a difficult spell in his career as he struggles to force his way into Manchester United side.

The 24-year-old has often been overlooked by new United boss David Moyes so far this season, starting just three games in all competitions for the Premier League champions.

As a result, the Japan international says he felt below-par when playing for his country in their two friendly defeats to Serbia and Belarus this week but he is determined to revive his fortunes.

The former Borussia Dortmund star said: “Maybe it’s because I’m not used to being on the pitch of late, but I didn’t feel like I was able to enter these two games properly.

“There’s a matter of fitness and there’s also that atmosphere of playing for my country. It’s different from the atmosphere at United, but you still get a good feel for being on the pitch when you play regularly.

“Maybe it’s because I’m not used to being on the pitch of late, but I didn’t feel like I was able to enter these two games properly.”

Plenty of fans called for the playmaker to be given a chance to impress during Moyes’ and Manchester United‘s difficult start to the season and Kagawa has vowed to work hard and do all he can to force his way into the manager’s plans regularly at Old Trafford.

He added: “During tough times like these I have to improve myself.
Personally, I felt strongly after these two matches (against Serbia and Belarus) that I need to play more and, as a team, there are many things we need to do.”

Kagawa will hope to be involved when United, who beat Sunderland 2-1 before the international break, host Southampton in the Premier League on Saturday.