Posted by Mojeed Oladipupo on October 3, 2022 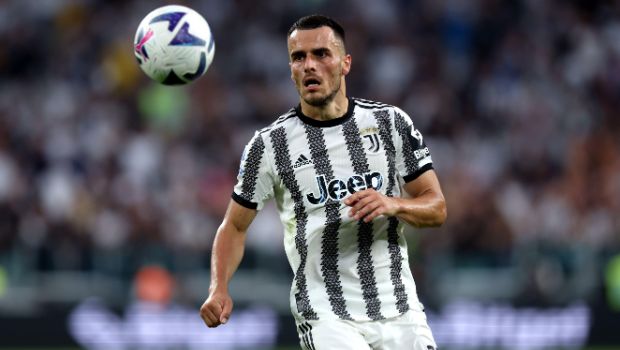 Juventus on Sunday recorded a crucial win against Bologna at the Turin stadium. The 3-0 win is believed to have kick-started their season after a dismal beginning.

Filip Kostic opened the goals account for the Bianconeri before Dusan Vlahovic and Arkadiusz Milik made it a comfortable victory. The goal from the Polish striker was the night’s highlight because it came from a stunning volley.

Both sides went into the clash following their dismal start of the season. The host came into the game after a 1-0 defeat against Monza. Despite being without Angel Di Maria, who is out due to a two-match ban, Juve still impressed. The Turin giants were also without Federico Chiesa, Paul Pogba, and Kaio Jorge due to injury.

Bologna, on their part, were without Musa Barrow as new coach Thiago Motta stuck to the 4-2-3-1 formation despite losing his debut. Juve started on the front foot when Weston McKennie turned a free header straight at Lukasz Skorupski from 12 yards. They eventually got the breakthrough when Milik won it back in midfield and sent Dusan Vlahovic through the center. The Serbian spread it down the left for his teammate Filip Kostic who placed a left-foot angled drive off the inside of the far post.

Milk almost made it two when he swung the boot at an Alex Sandro cross from 10 yards, but Skorupski parried with one hand. The hosts eventually doubled their lead through a counter-attack from a Bologna corner. McKennie delivered a cross from the right for a Vlahovic header at the back post.

Juve made it three moments later with a sensational strike from Milik. He benefitted from a corner that was not cleared very far. The Polish striker hit a ferocious volley with his left foot into the roof of the net from 14 yards.

This is the first time since April 2021 that the Bianconeri will score three goals from open play at home in Serie A. Juve almost made it four, but Vlahovic fired the ball wide. Milik’s header on a corner thumped the upright.

Alex Sandro had an opportunity to make it four, but he blasted across the face of goal with Vlahovic, who wanted the assist.