Juventus crash out of the Champions League after loss to Benfica 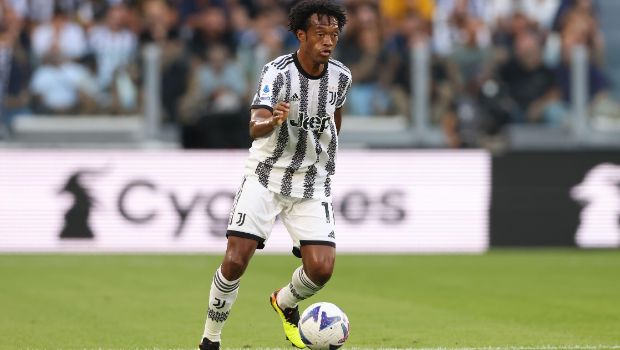 Benfica has sent Juventus out of the Champions League after recording a 4-3 win at Estadio Dragao.

Although the Turin club fought back from 4-1 down to 4-3 against the hosts, their youth team players couldn’t get the needed win to stay in contention for a place in the knockout stage.

Benfica made a bright start having won the lot last meeting. Thanks to Juan Cuadrado for his decisive early interception that prevented Ramos from nodding in a Joao Mario cross from six yards.

After taking control of the game, the host went in front when a corner was taken short for the cross and nodded in from close range by Antonio Silva.

Juventus equalized a few minutes later in chaotic fashion. With goal-line technology not working due to a fault. Juve from a corner flicked on by Danilo for Vlahovic, whose header was parried from point-blank range. They eventually got the ball over the line through Vlahovic and Moise Kean. After a very long VAR check for both the goal line and a potential offside, the referee gave the goal.

Benfica got in front again some minutes later from the penalty spot. Juve conceded the spot kick after Cuadrado handled the ball. Jao Mario converted with power into the top corner to restore their lead.

Vlahovic had another opportunity to level matters but wasted a good chance from a promising position. The Serbian fired wide on Filip Kostic’s cross.

Benfica, a moment later, made it three in real style. As Rafa Silva created the opportunity with a run through the center, he completed a give-and-go with Joao Mario down the right and completed the move unmarked with a cheeky back-heel flick from six yards.

This is the first time Juventus would concede three goals in the competition’s first half of a game.

Despite Arkadiusz Milik coming in for Moise Kean, the Polish striker didn’t prove to be any different.

Benfica would have had a chance of making it four, but a desperate Danilo interception prevented Rafa Silva from going clear on goal.

He would later complete his brace with a dinked finish over Wojciech Szczesny. Juvenwere punished as Leonardo Bonucci’s awful pass to Alejandro Grimaldo started the move.

It would have been 5-1, but Szczesny made a double save on Rafa Silva and the rebound.

Juventus later woke up largely thanks to their teenage substitute Samuel Iling-Junior. The substitute, within three minutes, set up two goals with crosses from the left; the first volleyed in by Milik, the second fumbled by the goalkeeper until Weston McKennie turned in the rebound.