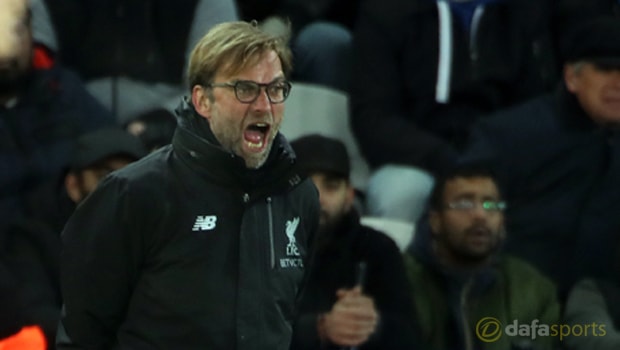 Jurgen Klopp has demanded an improvement from his Liverpool players following Monday’s sluggish 3-1 defeat at Leicester.

The Reds headed into the game facing a team who had recently lost their manager and felt the full force of the Foxes’ backlash, with a Jamie Vardy brace and a goal from Danny Drinkwater making the difference.

Monday’s result saw Liverpool fail to break back into the Champions League places and with 14 points separating themselves and leaders Chelsea, their title dreams also look in tatters.

Despite producing fine performances against many of their rivals, Liverpool, who are 2.00 to finish in the top four, have often let themselves down against the teams struggling at the bottom end of the table.

A lack of depth within their squad was exposed at the King Power Stadium and they will now have plenty of questions to answer when Arsenal visit Anfield on Saturday.

The Reds are 2.05 to win, with the draw 3.50 and the Gunners 3.60. Klopp admits he was hugely frustrated by his side’s attitude on Monday, conceding that their lack of focus has left him worried.

“It looked like we hadn’t spoken about the strength of Leicester and that’s a real problem,” Klopp told Sky Sports.

“We have to work, obviously, and to try to do everything better next time.

“The performance from the first second was not good enough, and that’s how you lose football games.

There is no reason for this. I’m not ready to look for an excuse.”