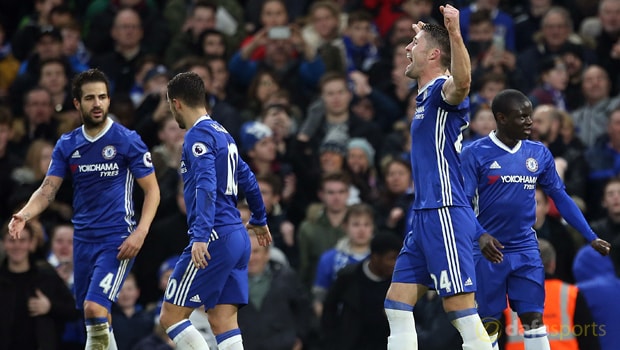 Eden Hazard is confident Chelsea have the experience in the squad to successfully see out the Premier League title race.

The Blues currently sit 10 points clear of Tottenham and look on course to top the standings for the second time in three seasons, with Chelsea the current 1.13 favourites.

Questions were asked of the squad last term after the sacking of Jose Mourinho in December, following rumours of unrest in the dressing room, as they could only manage to finish 10th under caretaker boss Guus Hiddink.

However, with many of the players from their last success still involved at Stamford Bridge, they know how to get the job done and are being urged on by their passionate boss Antonio Conte.

The Italian himself was a serial winner during his playing days with Juventus before returning to coach the Bianconeri to three straight Serie A crowns.

After losing his way last term, Hazard has rediscovered his sparkle and seems to be relishing the extra freedom afforded to him in Conte’s 3-4-3 system.

The Belgian is confident his side will not blow their lead due to the immense experience in the squad at Stamford Bridge.

“We are professional. We won the league two years ago so we know what to do,” the winger said.

“We have been first for a few months, we want to stay at the top and we have to take it game after game.”

Next up for Chelsea is a trip to West Ham on Monday evening and they will be looking to make amends after losing at the London Stadium in the EFL Cup back in October.