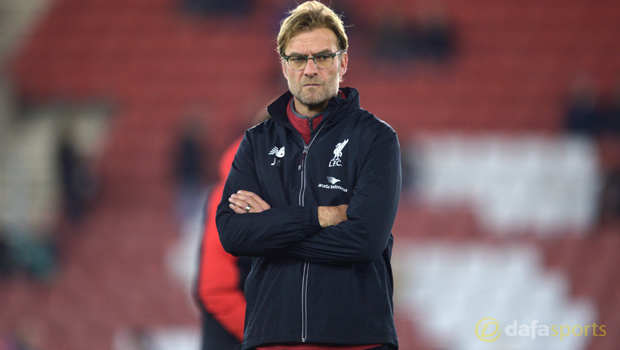 Liverpool boss Jurgen Klopp says his side are not contenders for the Premier League title this season.

The German suffered a first away defeat since arriving in England when his side went down 2-0 to Newcastle on Sunday.

Afterwards, Klopp insisted it was the media who had suggested his side were emerging as title contenders, not anyone involved at Anfield.

The former Borussia Dortmund boss said he had never put his team forward as challengers and reiterated that he has not changed his view.

“I have no problem with anything you might talk about, but please don’t ask me now about this. I didn’t say before we were title contenders, so why I should say now that we’re not? So I’m sorry.”

A second-half own-goal from Martin Skrtel put Liverpool in trouble at St James’ Park before Georginio Wijnaldum secured the points for the hosts in stoppage time.

Klopp said he had no explanations for the flat performance of his team, but he said it is important that they learn from it.

“We played this game and at this moment I’m trying to understand why,” he added.

“If in professional football you don’t feel defeats, you don’t feel a loss, then something is really wrong. We feel this defeat. We know for today it’s deserved, but it hurts, like it should do.”

Liverpool are 1.91 to finish in the top four this season while they are now 10.00 to win the Premier League.