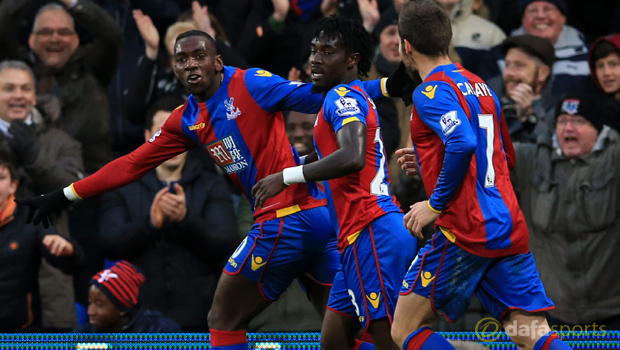 Parish says the Eagles must take belief from the transformations that have taken place at clubs like Chelsea and Manchester City to ensure they challenge the established order in English football.

New investment in the Selhurst Park is going to drive Palace onwards and upwards, says Parish, who revealed the ultimate goal is winning the title.

American businessmen Josh Harris and David Blitzer recently struck a deal to buy a shareholding in the club after more than a year of talks and that can be the catalyst for success in the longer term, according to Parish.

“I’m not saying this investment will see us lift the title next season but in 10 to 15 years we can win the Premier League,” he said in a newspaper interview.

While Parish highlights the rise of Chelsea from mid-table to Premier League and European champions in just over 10 years from the mid-1990s, it is the template of Manchester City that instils belief Palace can break the monopoly of the perceived big clubs.

“Look at Manchester City [too]. They were in English football’s third tier in 1999. Yet 13 years later they were Premier League champions playing in a new stadium,” said Parish.

“We can’t match the money these clubs are paying now but must get into a position where we also can go for the title. What’s the point of being in the game if you’re not trying to win things?”

Palace are enjoying their best start to a Premier League season and go to Everton on Monday night looks to stop the Toffees making it three home league wins on the spin.