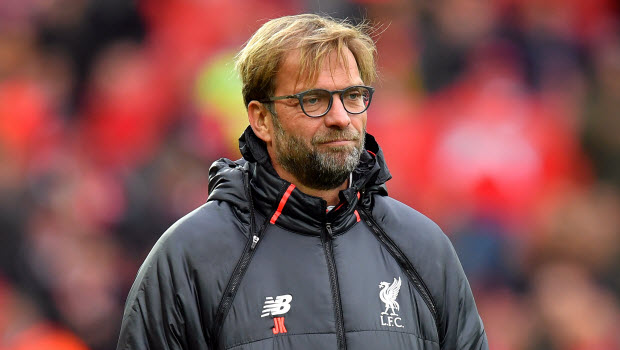 Jurgen Klopp says it is vital that his Liverpool side do not get carried away by their early season form in their bid to win the Premier League title.

The Reds’ exciting play has lit up the English top flight so far this term and they currently lead the standings by a point from Chelsea.

Having not been crowned champions since the 1989-90 campaign, talk of a potential title win is inevitably starting to grow around Anfield, and they are currently 3.60 to lift the Premier League trophy in May.

Klopp has seen it all before, guiding Borussia Dortmund to the Bundesliga twice and having had the majority of last season to settle in, and now appears to have got his team playing exactly how he wants.

Saturday sees Liverpool tackle a tricky trip to Southampton, a game they are 2.10 to win, with the draw 3.50 and the Saints also priced at 3.50.

The German admits he is happy for his players to believe they belong at the top of the table but has urged them not to grow complacent following their fine start.

Klopp told Goal.com: “The main thing is that we actually think about ourselves, ‘yeah, we are quite a good team.’ We have big expectations on ourselves and I’m not pessimistic, I’m really optimistic but I don’t like to make these positive assessments all the time and say ‘we are really good – my god, how good are we?’

“I know about the problems we could have in the future, and we need to stay in the race. It’s not about celebrating each time like ‘my god, that was so fantastic!’”