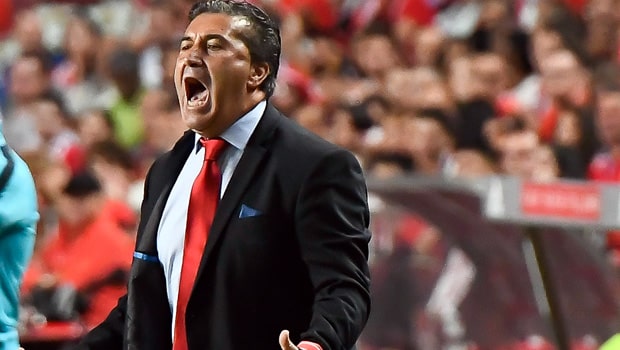 Nigeria started their 2023 Africa Cup of Nations qualifier with a 2-1 victory over Sierra Leone in a match played at the Moshood Abiola National Stadium in Abuja.

It was the first Competitive game under Portuguese manager Jose Peseiro whose first two games in charge of Nigeria ended in defeats in the US, where Nigeria played Ecuador and Mexico in friendly games.

Nigeria faced Sierra Leone on Thursday evening without fans and went behind early in the game when the visitors scored through a header from Jonathan Morsay after 11 minutes.

The Super Eagles replied through Alex Iwobi five minutes later with a well-taken strike from inside the box, while Victor Osimhen scored just before half-time to secure the 2-1 win.

Nigeria’s last two games against the Leone Stars were two draws, including a 4-4 draw in Benin in the qualifiers for the last AFCON.

Nigeria will now travel to face Sao Tome and Principe in their second AFCON qualification game scheduled for Monday.

After the events of Nigeria’s failure to qualify for the 2022 FIFA World Cup in Qatar, the Super Eagles were ordered to play behind closed doors by FIFA after fans encroached on the pitch of the stadium in reaction to a disappointing 1-1 draw against Ghana.

Since then, Nigeria changed managers with the removal of Austin Eguavoen, who took the team for the 2021 AFCON in Cameroon and also for the World cup Playoffs.

Months of search for a manager ended with the Portuguese appointed, leading the team to two friendlies against Mexico, which they lost 2-1, and another against Ecuador, which ended in a 1-0 win for the South Americans.

Francis Uzoho also made the sheet as the starting goalkeeper despite being at fault for Thomas Partey’s goal in March, which ended Nigeria’s hopes of a World Cup ticket.

Sierra Leone scored four on their last trip to Nigeria, and they managed one in the 11th minute when Morsay headed a Musa Noah Kamara’s cross down to beat Uzoho.

Nigeria responded five minutes later when a lively Iwobi took a Moses Simon and finished cooly. Simon also provided an assist with a header which Osihmen stretched to tap in.