Jose Mourinho will not walk away from Chelsea despite Saints setback 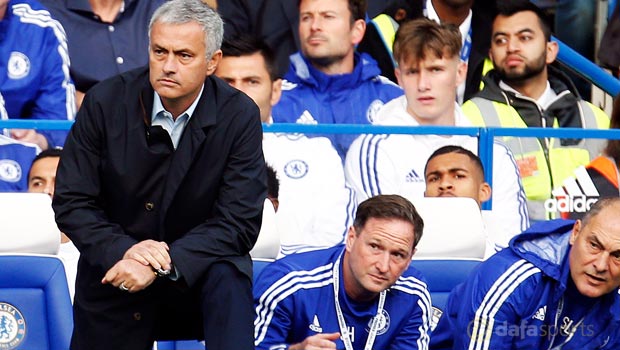 Jose Mourinho says he has no intention of walking away from Chelsea despite the Premier League champions crashing to a fourth league defeat in eight games.

The Blues are languishing in 16th spot after Southampton came from behind to inflict a second home defeat of the season on Mourinho’s team with a 3-1 success.

The Portuguese had not suffered any league defeats at Stamford Bridge in his first 99 games in charge during two spells at the club.

Ronald Koeman’s team made it two home reverses in three starts but afterwards Mourinho was defiant that he is the man to lead Chelsea out of crisis.

“I want to make it clear. One, I don’t run away,” said Mourinho.

“Two, if the club want to sack me they have to sack me because I am not running away from my responsibilities or my team.”

Willian had given Chelsea the lead but Steven Davis volleyed Southampton level before the break.

Mourinho felt his side were denied a clear penalty with the score at 1-1 when Radamel Falcao went down in the box only to be booked for simulation.

Sadio Mane and Graziano Pelle scored the goals that condemned the champions to another defeat and leaves them just two places above the relegation zone with almost a quarter of the season gone.

Mourinho admits that retaining the title is already looking beyond his team, but he remains confident they can recover to finish in the top four.

“To be champions now is very difficult because the distance is considerable,” Mourinho told Sky Sports.

Chelsea are 17.00 to win the Premier League this season while they are 1.50 to finish in the top four.