Jose Mourinho: United not getting results we deserve 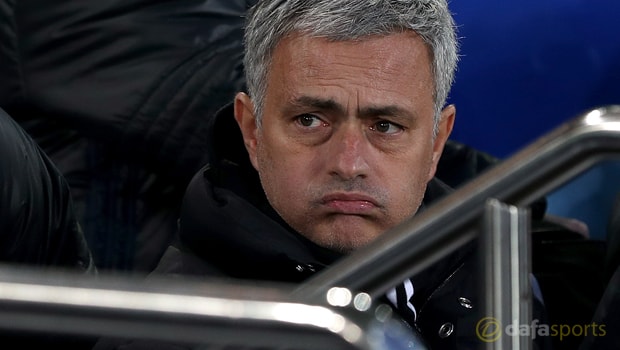 Jose Mourinho insists Manchester United are playing ‘extremely well’ without being rewarded after their 1-1 draw with Everton.

The Goodison Park stalemate was a third successive 1-1 draw in the Premier League for the Red Devils after games against Arsenal and West Ham.

Zlatan Ibrahimovic took advantage of some kamikaze goalkeeping from Maarten Stekelenburg to put United ahead just before half-time.

The visitors had chances to build on their lead, with Ander Herrera smacking the woodwork, but they were undone when sub Marouane Fellaini felled Idrissa Gueye in the box and Leighton Baines converted a late penalty.

Mourinho felt his side would have been worthy winners at Goodison Park. “We were the best team by far, but we didn’t win.

We had chances for 2-0, we hit the post, then we conceded a goal in the last minute,” he told Sky Sports. “We are playing extremely well, even in difficult matches like this, and not getting the results we deserve.”

United have drawn six of their 14 league games so far under Mourinho’s watch.

The Portuguese insists he is not concerned about the stat and he feels their current league position is a false one in relation to how well they have played.

“It is a problem we are not getting what we deserve and we have a position in the table that has no relation to the quality we are showing.”

Manchester United are 4.00 to win the Premier League this season. They are 2.05 to beat Spurs at Old Trafford on Sunday.