Julian Draxler in no mood to build bridges at Wolfsburg 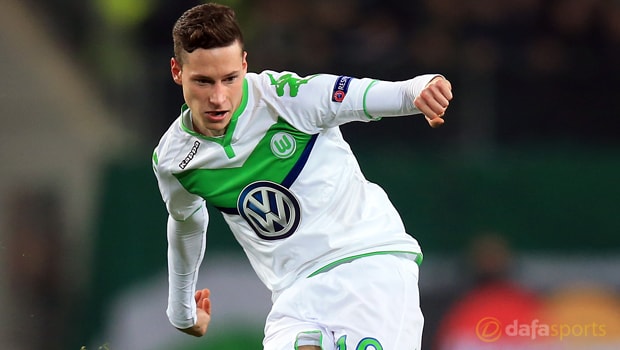 Julian Draxler has reiterated his desire to leave Wolfsburg having been booed by the club’s fans in Saturday’s home defeat to Hertha Berlin.

The Germany playmaker, 23, stated in the summer he wanted to leave the Bundesliga outfit but Wolfsburg were unwilling to facilitate a move.

Injury has meant the player has not played regularly this season but he was met with a crescendo of boos in the Volkswagen-Arena on Saturday when he came off the bench.

Draxler, who scored six league goals in 23 appearances last season after moving from Schalke, says he understands the feeling of the fans but that he still wants to leave the club as soon as possible.

“I don’t think I need to tell anybody what that does to a person – it certainly doesn’t help you,” Draxler told Kicker.

“There’s no doubt it makes it hard for you to perform on the field. “I can understand the fans, though. They have every right to do that. I said in the summer the way I feel and I stand by that.”

Juventus and Arsenal were heavily linked with the player during the summer, while the Serie A champions also came close to signing Draxler before he joined Wolfsburg from Schalke.

Saturday’s game was the first time this season that Draxler has been left out of the starting team when fully fit and he says he has no issue with boss Valerien Ismael leaving him out.

“I have to accept that,” he said. “The coach doesn’t need to explain it to me.

From a purely sporting point of view, it’s understandable too, but there’s not much more to say about it.”