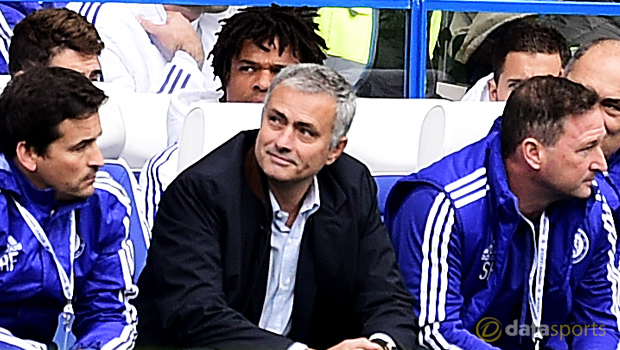 Boss Jose Mourinho wants Chelsea to rebuild their season by winning one game at a time.

The Blues have made a stuttering to the defence of the Premier League, losing four of their first eight games.

They also suffered a Champions League reverse to Mourinho’s old club Porto but, having defeated Aston Villa at Stamford Bridge on Saturday, the Portuguese chief says the next step is to collect three points in the Ukraine against Dynamo Kiev.

“The most important thing for me now is to change our results. We need to win matches both in the Premier League and the Champions League. We need to get points here to go through to the next stage,” he said.

Mourinho is not hiding the fact his team have underperformed, however he wants to focus on what is ahead instead of looking back.

“Yes, we started the season below expectations, we lost too many matches, but I hope we will improve in terms of results and performance. We don’t think about the distance we are from the top.

We just want to win the next match,” added Mourinho.

The Chelsea boss says he has extensive knowledge of Kiev, having had their 3-0 defeat to Shakhtar Donetsk watched by his assistant on Friday.

He has also carefully reviewed their opening two Champions League games against Porto and Maccabi Tel-Aviv from which the Ukrainian side took four points.

“I cannot compare Dynamo to any Premier League side because they have completely different football cultures,” he said.