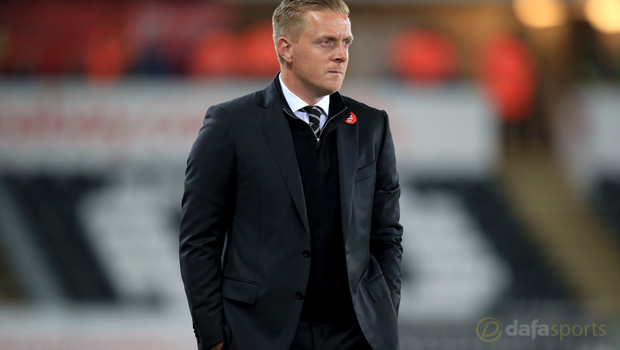 Garry Monk has backed his Swansea players to turn around the dip in form that leaves them without a Premier League win in five games.

Swansea had made a decent start to the season, unbeaten in four games, and were on a high following the 2-1 home win against Manchester United in late August.

They have lost three of five since then though and fell to their first home defeat of the season against Stoke at the Liberty Stadium on Monday.

Bojan’s early penalty was enough for a compact Stoke side to take maximum points as Swansea were left frustrated.

Monk is not panicking however and says his squad have the quality to bounce back, just as they did last season.

“We went five games without a win last season. I’m not worried. We’ll come through it no problem,” said Monk.

The Swansea boss was not surprised that Stoke made it hard for his team, who had the majority of the possession but found it hard to create clear scoring chances against Mark Hughes’ side.

Monk wants to see his players back at the performance levels that helped them beat Man United for the third successive time in the Premier League and he is confident it will happen.

“We’ve had a month of not hitting those levels,” added Monk.

“They’re very good players. I need to get them back to that level. I have big confidence in this group.”

Swansea go to Aston Villa on Saturday with Tim Sherwood’s side second from bottom of the table having collected just one point from 24 available since their opening day win at Bournemouth.

The Swans won 1-0 on their previous visit to Villa Park in March, courtesy of a late strike from Bafetimbi Gomis.

Swansea are 7.00 to win Saturday’s game 1-0 while frontman Gomis is 6.00 to score the opening goal of the game.