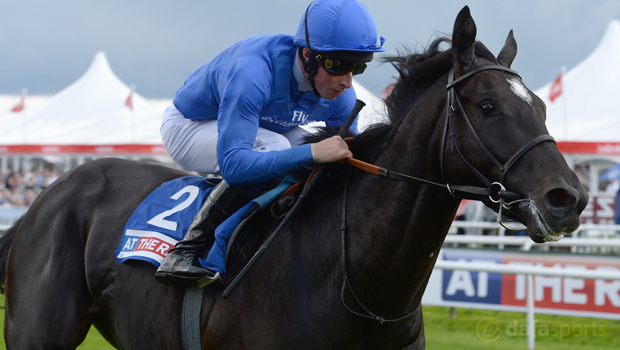 Godolphin are looking to the future with Emotionless after he underwent surgery in the wake of his flop in the Dubai Dewhurst Stakes at Newmarket.

The Charlie Appleby-trained Shamardal colt had earned himself quite a reputation going into the Dewhurst and was expected to throw down a huge challenge to Aidan O’Brien’s Air Force Blue in the 7f contest.

That never materialised however, with Air Force Blue running out a wide-margin winner and Emotionless trailing home last of the seven runners.

Connections were eager to find the root cause for that underwhelming effort and subsequent X-rays discovered a chip in his left fore knee.

Godolphin’s John Ferguson has revealed the problem has now been eradicated and they are confident Emotionless will be a high-class three-year-old next season.

“He’s had the operation and all is fine. He just needs some box-rest now and he will be a nice horse for next year,” Ferguson said.

Emotionless is likely to be aimed at the opening Classic of 2016, the 2000 Guineas back at Newmarket in late April.

Emotionless showed himself to be a cut above the ordinary with a smooth maiden success on his debut at Newmarket in August under William Buick, coming away to win by more than three lengths.

However, it was at Doncaster in September where he produced an even more eye-catching performance as Buick coasted home for victory in the Group 2 Champagne Stakes on Town Moor, earning Emotionless rave reviews in the process.

A return to that level of form would make him a live contender for Classic glory back at Newmarket in the spring.

Emotionless is currently 13.00 to win the 2000 Guineas while his Dewhurst conqueror Air Force Blue is 2.00 and the unbeaten Shalaa for trainer John Gosden is 15.00.