Jose Mourinho sure Wayne Rooney will be DC hit 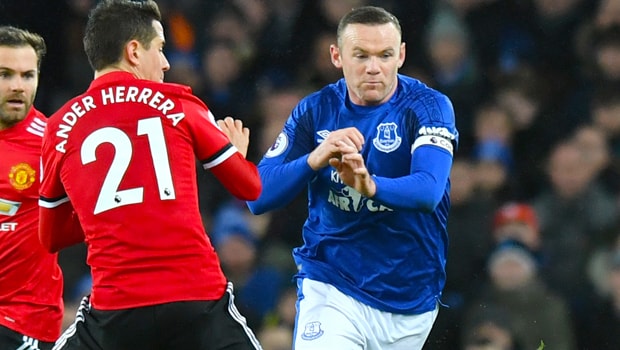 The 31-year-old this week announced he has signed a three-and-a-half-year deal to join DC United in the Eastern Conference after leaving Everton.

Mourinho is in no doubt the former Old Trafford favourite will be a big hit in the States and is confident he will see out the twilight of his career on a positive note.

“He decides the MLS and in MLS you have always some iconic players that are going to end their career there,” Mourinho told reporters.

“You had [Steven] Gerrard, you had [Frank] Lampard, you had [Patrick] Vieira, you had so many of them. David Beckham played there, too.

“You now have Zlatan [Ibrahimovic], you now have Wayne. I just hope he enjoys it and, of course, he’ll bring the attention that the MLS needs to attract more people, to steal some people from the other sports that normally the American people are in love with.”

Rooney leaves his homeland as a five-time Premier League title winner and as England’s all-time leading goalscorer with 53 strikes.

He won the Champions League with United in 2008 and the FA Cup in 2016, while he is also second behind Alan Shearer in the list of all-time Premier League top goalscorers (208).

Mourinho, whose United side are quoted 7.00 in the Premier League outright winner betting, says he will remember Rooney fondly from their time together at Old Trafford and described his career so far as “perfect”.

“When he made it at Everton, his boyhood club, the world was surprised with that kid and then he went to Manchester United and he had the incredible career he had,” he said.

“Then in the Premier League again at Everton Football Club so I think his career in England was perfect.”