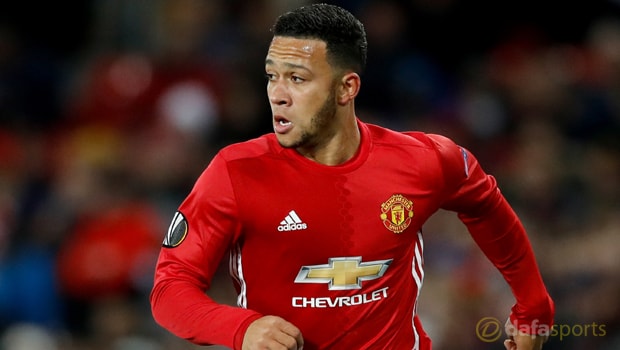 Jose Mourinho has confirmed Memphis Depay is not involved in the Manchester United first team because the out-of-favour forward has asked to leave in January.

The 22-year-old, who was signed in May last year for a fee in the region of £25-£30millon by former manager Louis van Gaal, has drifted out of the picture at Old Trafford and has played only 20 minutes under Mourinho so far this season.

The Netherlands international was last involved in the first-team squad for the Europa League fixture against Feyenoord in November, while attracting unwanted headlines off the pitch has affected his relationship with the manager.

Mourinho, who in his press conference on Friday revealed only goalkeeper Sam Johnstone will be allowed to leave the club on loan in January, said his decision to ostracise Depay from his plans was because the former PSV star has asked to leave.

“I have to say that in the past couple of months my decisions in relation to Memphis were influenced by the feelings and information that he would like to leave in January and that we were going to have a real offer that we would be willing to accept. That obviously influences me.”

Mourinho outlined his determination to promote players committed to helping the former champions return to the summit of English football and suggested Depay had forced the issue by asking to leave.

He said: “If I know, if I have the feeling that a player is leaving – if I have to give chances and develop other players – then I go to [Jesse] Lingard, [Henrikh] Mkhitaryan, [Anthony] Martial, the players I know 100 per cent who are going to stay with us.

It is a position where we have more options.” Manchester United welcome Middlesbrough to Old Trafford on Saturday are currently priced 1.25 in the match betting. The draw outcome is available to back at 6.00 and the visitors are quoted 13.00.