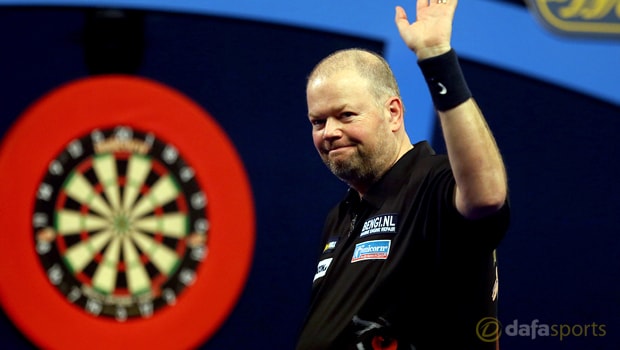 Raymond van Barneveld said he was “really excited” about facing compatriot Michael van Gerwen in the last four of the PDC World Championship after knocking out his great rival Phil Taylor.

The 49-year-old produced back-to-back finishes of 167 and 120 to storm into a 3-1 lead – only for Stoke legend Taylor to get back on terms by taking the next two sets.

The big Dutchman went back in front when he took the seventh set in three legs and then came from 2-1 down to secure the eighth and claim a memorable 5-3 victory over the 16-time world champion.

‘Barney’ is chasing a first world title since 2007 and is currently on offer at 13.00 in the outright winner betting with Dafabet.

The 2014 Premier League title winner said he was relieved to see the back of Taylor and book a place in his third consecutive semi-final at Alexandra Palace.

“I’m very proud of what I’ve done here so far,” he told reporters. “I didn’t feel very comfortable at times but I was expecting more from Phil.

I put him under pressure though, especially in the last set.” Standing in the way of van Barneveld reaching the final at the famous north London venue is world number one van Gerwen, but he vowed not to be struck down by fear having knocked his countryman out of the same competition at the last-16 stage 12 months ago. He said:

“I’m going to play the greatest player in the world next when I play Michael and I’m really excited. I can’t wait to play him.”

Van Gerwen is quoted 1.15 in the Dafabet match betting and van Barneveld is available to back at 5.50.

Reigning champion Gary Anderson will contest the other semi-final against Peter Wright on Sunday after he beat Dave Chisnall 5-3 in a quarter-final thriller, while ‘Snakebite’ knocked out James Wade by the same scoreline.