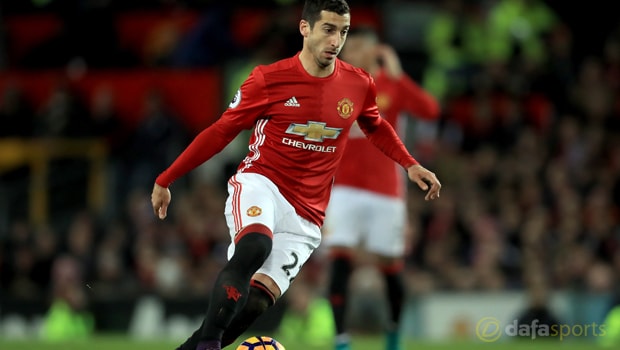 The 27-year-old only joined the Red Devils from Borussia Dortmund during the summer, but he struggled during his opening few months in English football, falling out of favour with Mourinho following a lacklustre display during September’s derby defeat to Manchester City.

The former Shakhtar Donetsk player has however forced his way back into the first-team picture in recent weeks, producing some impressive displays in the Premier League, EFL Cup and Europa League, and he scored his first goal for the club during Thursday’s 2-0 success over Zorya Luhansk.

The Armenian international has now earned particular praise from Mourinho, who has been impressed by the mentality that the attacking midfielder has shown to force his way back into the team. “He has a strong mentality,” said Mourinho.

“He was very determined to fight against his difficult adaptation and he’s doing that in the best way.

“He fought to improve and now he is playing good in the Premier League, Europa League and the EFL Cup, and now evolving a bit more happiness for him, so I’m very pleased.”

Mkhitaryan will be hoping to maintain his fine form when United take on Tottenham in the Premier League on Sunday.

Mourinho’s men are available at 2.20 to secure all three points at Old Trafford, while Spurs are priced at 3.40 and the draw is on offer at 3.25.