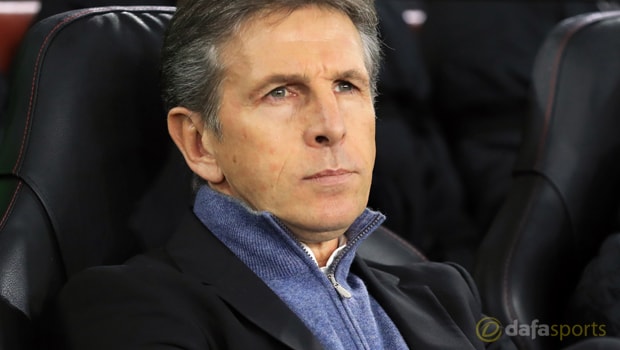 Southampton boss Claude Puel labelled his side’s failure to qualify for the knockout stages of the Europa League as a “big disappointment”.

The Saints went into Thursday’s final group match against Hapoel Be’er Sheva at St Mary’s Stadium knowing a win or a goalless draw would be enough to see them progress through at the expense of their Israeli opponents.

However, the south-coast club had their hearts broken when Maor Buzaglo scored a late goal for the visitors, and despite Virgil van Dijk scoring an equaliser in stoppage time, it was not enough to keep Southampton in the competition.

Puel conceded after the match it was a huge disappointment for his side to fail to reach the knockout stages, although he was quick to praise the abilities of Hapoel.

“It’s a big disappointment tonight,” the Frenchman told reporters. “It was a difficult game against a good opponent, who were always dangerous when they recovered the ball, but we had chances during the game.

“Just one mistake, one shot at the end – we lost the ball and it’s a goal. It’s very hard to accept this situation, and very hard of course for my players.

It’s a big disappointment for all the squad and the fans also.” Southampton’s disappointing night was compounded further by a shoulder injury suffered by leading scorer Charlie Austin, with Puel confirming he is unsure how long the forward will be sidelined for.

“He has an injury with his shoulder, and I don’t know how long he will stay out, but for the moment he is injured,” Puel added.

Austin will definitely miss Sunday’s Premier League clash with Middlesbrough on home soil, the Saints are priced at 1.70 to win the match, while Boro are available at 5.50 and the draw is on offer at 3.60.