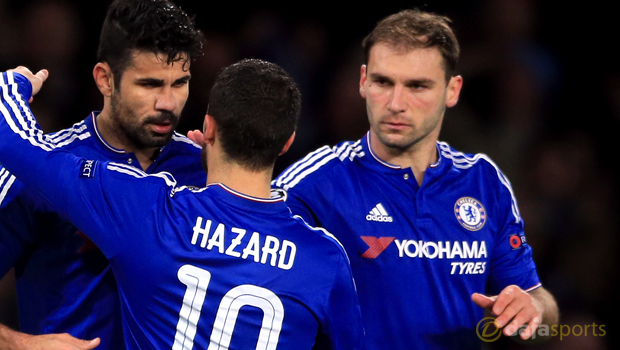 Jose Mourinho has rubbished media speculation linking Diego Costa with a move back to La Liga.

The Chelsea striker told a Spanish radio station last week that he could not rule out a return to Atletico Madrid, admitting that in football “you never know” what may happen.

After a blistering start to his Chelsea career last season, Costa has struggled this term.

Like Chelsea, he has endured a tough start to the season and he recently found himself benched by Mourinho for the games against Spurs and Bournemouth.

His attitude in the Champions League win against Porto was praised by Mourinho however and the 28-year-old will expect to start when Chelsea face Leicester City on Monday night.

The Chelsea manager refuted any suggestion Costa would be sold and he says there was nothing out of the ordinary in what he had said.

When asked about rumours that Costa is not settled in London, Mourinho told reporters: “He didn’t say that. He said that in football you never know.

“Filipe Luis was one example. He could also say Fernando Torres, another example.”

“Atletico is a great club, La Liga is a great league, so why should a 28-year-old player not think it is possible to go back? I don’t see a problem,” Mourinho said.

The Chelsea boss says he fully expects Costa to be a Chelsea player for at least the next three years.

Costa is 6.00 to score the opening goal in Chelsea’s trip to Leicester, a game the Premier League champions are 2.38 to win. Leicester are 3.50.