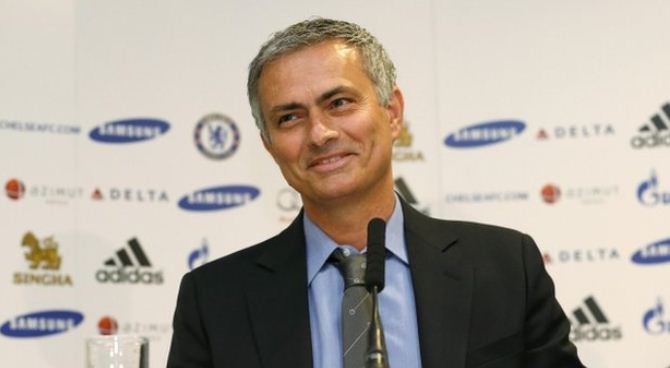 Jose Mourinho says he knew about Sir Alex Ferguson’s retirement months ago but had no interest in succeeding him at Manchester United.

Ferguson finally left the Old Trafford hotseat at the end of the season, bringing the curtain down on 27 trophy-laden years with the Red Devils.

Mourinho was among a small group of elite bosses to be linked with the top job, with the Portuguese widely expected to leave his post at Real Madrid.

It was Everton boss David Moyes though who was the “unanimous” choice of the board to succeed his fellow Scot, signing a six-year contract at Old Trafford.

Meanwhile Mourinho, as expected, quit the Bernabeu at the end of the campaign, making a dramatic return to former club Chelsea.

The former Porto and Inter Milan boss has denied rumours he was hankering for the United job and insists he only ever wanted to move back to west London.

He also revealed Ferguson shared his retirement intentions to him earlier this season, while he also revealed his ambitions to return to Stamford Bridge.

“I knew that Ferguson was retiring many months ago,” said the 50-year-old. “Why do I know that? Because we are friends, so if I am his friend to know that he is going to retire, he is also my friend to know that the club I want to coach in England is Chelsea.

“I am so happy with his [Ferguson’s] trust because it was big news for the world – I can imagine that just a very small circle around him knew that, and it was a big responsibility for me to know that.

“I would have turned down every job in the world – the Manchester United job, every one – for Chelsea.”