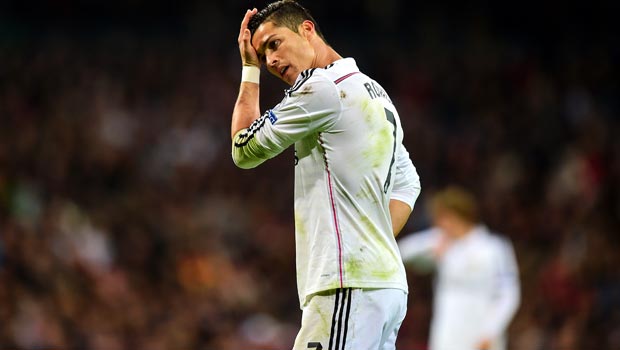 The Portugal international was recently crowned the world’s best player for the second year running and the third time in his career after another record-breaking campaign at the Bernabeu.

The 29-year-old helped Los Blancos win their 10th European title last season, breaking the record for the most Champions League goals in a season as he fired in 17.

The former Manchester United man also broke the record for hat-tricks in La Liga last year when he notched up his 23rd in Spain, and he already has 36 goals to his name in all competitions this term.

Despite his unprecedented success, there was talk last summer that Ronaldo was unhappy in the Spanish capital.

Ronaldo was said to be keen on a return to Manchester but in the end committed himself to Real.

Mendes says that should United revive their interest this year then they will need to break the world transfer record to sign Ronaldo, revealing he has a £1billion buyout clause in his contract.

The agent does not expect Ronaldo to be tempted to move on anyway, claiming “he will not leave Real Madrid” and will finish his career at the Bernabeu.

“He is the best player ever in the world. You can’t compare him with anybody else,” Mendes told BBC Sport.

Asked how much he was worth, Mendes said: “Cristano Ronaldo? One billion. His buyout clause one billion, so it is one billion. It is impossible to find someone like him.

“If for any reason the club decide to sell him tomorrow for 300 million, someone will pay.”

Ronaldo will be looking to get on the goal trail again on Wednesday when Real face Sevilla in La Liga.