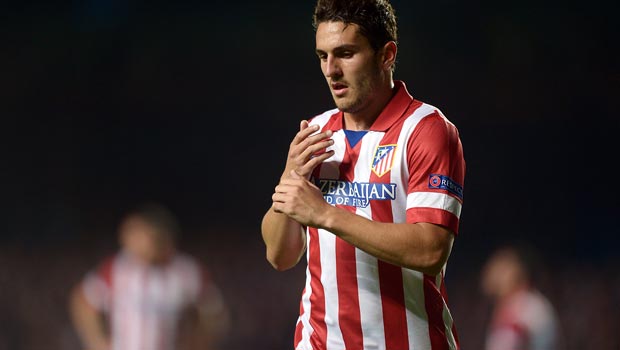 Atletico Madrid midfielder Koke revealed he was proud of his team mates after they battled hard to claim a 2-1 aggregate victory over rivals Real Madrid on Friday.

Los Colchoneros, who are priced at 23.00 to win the Champions League, earned a 1-1 draw in the first leg at the Santiago Bernabeu with Raul Garcia equalising late on to cancel out a goal by Real’s summer signing James Rodriguez.

Last season’s La Liga winners wasted no time at all in edging ahead on home turf in the second leg as Mario Mandzukic, who arrived from Bayern Munich this summer, scored the fastest Spanish Super Cup goal ever just 81 seconds in.

The meeting was full-blooded as always between the two sides from the same city and Atletico showed great passion to dig in and try and protect their advantage.

Boss Diego Simeone allowed his emotions to get the better of him after
25 minutes when he appeared to pat the fourth official on the back of the head, which resulted in him being sent to the stands for the second time in three meetings with Los Blancos.

Koke along with the rest of the squad worked tirelessly to hold off the big-spending European champions and went close with a few late efforts after catching Carlo Ancelotti’s side light in defence.

The Spain international admitted it was nice to see the new signings settling in well as they claimed their first piece of silverware this term.

Koke said: “It seemed that everything was becoming more difficult with teammates leaving but we trusted in the core of the group and the new players who have come in with excitement.

“Now, we have started with a trophy at home with our fans.

“It’s not that it’s revenge, we won the League and they won the Champions League. Now we have the Supercopa. We are very proud of the team and the people.”