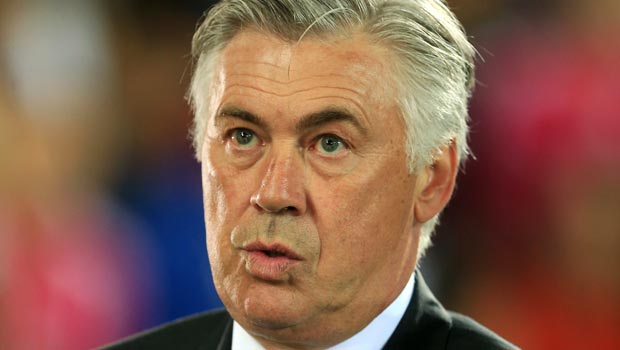 Real Madrid manager Carlo Ancelotti has admitted that his side ‘lost control’ as they were beaten 1-0 in the second-leg of the Spanish Super Cup at Atletico Madrid on Friday.

Ancelotti’s side knew they had to score at the Vicente Calderon after allowing Atletico to score in the 1-1 draw at the Santiago Bernabeu on Tuesday, handing them the advantage with an away goal.

The Italian tactician was forced to leave Cristiano Ronaldo on the bench at the start as he continues to recover from a knock picked up in the first leg.

Los Blancos, who can be backed 4.70 to retain the Champions League, were able to call on plenty of their other stars including summer acquisitions James Rodriguez and Toni Kroos, with the latter coming off at the break as Ronaldo was introduced.

The 55-year-old conceded at full time that his side struggled to keep up the tempo and allowed their rivals to take too much control of the tie after Mario Mandzukic scored the only goal of the night after 81 seconds.

Ancelotti said: “I think we lost control of the match.

“We needed more possession, which we did very well at in the first half.

“In the second half it was more complicated and we let them defend how they wanted to.

“Ronaldo couldn’t have played 90 minutes, I thought to put him on in the second half when the tempo was lower.”

The former PSG boss also defended his decision to leave Angel Di Maria out of his matchday squad as speculation continues to grow over his future with the European champions.

He added: “It was a technical decision. We didn’t need Di Maria.”